Currently, the University of Macau Development Foundation (UMDF) has received a total of MOP 300 million for the establishment and development of UM’s RCs from 10 donors. In recognition of their generosity, 10 RCs on the UM New Campus are named after their designated choices.

We would like to express our heartfelt thanks for their support.

Dr. Ma Man Kei (1919-2014), born in Nanhai, Guangdong Province, was an outstanding social activist, a famous patriot, and a prominent figure in Macau business community. Serving as the President of Macau Chamber of Commerce for life, Dr. Ma was the Member of the Standing Committee of the Sixth and Seventh National People’s Congress (NPC) and Member of the Eighth NPC. He also served as the Member and Standing Committee of the Fifth and Sixth Chinese People’s Political Consultative Conference (CPPCC), and Vice Chairman of the Eighth, Ninth, Tenth, and Eleventh CPPCC.

Madam Lo Pak Sam (1922-2000), born in Panyu, Guangdong Province, was a well-known patriot and a social worker in women and children’s affairs. She was the Executive Member of All-China Women’s Federation and the President of the Women’s General Association of Macau. Enthusiastic about public welfare and caring about education, she was the main founder of the Women’s General Association of Macau and a number of educational institutions for children. Madam Lo made a significant contribution to improving women’s social and family status and developing children’s education in Macau. 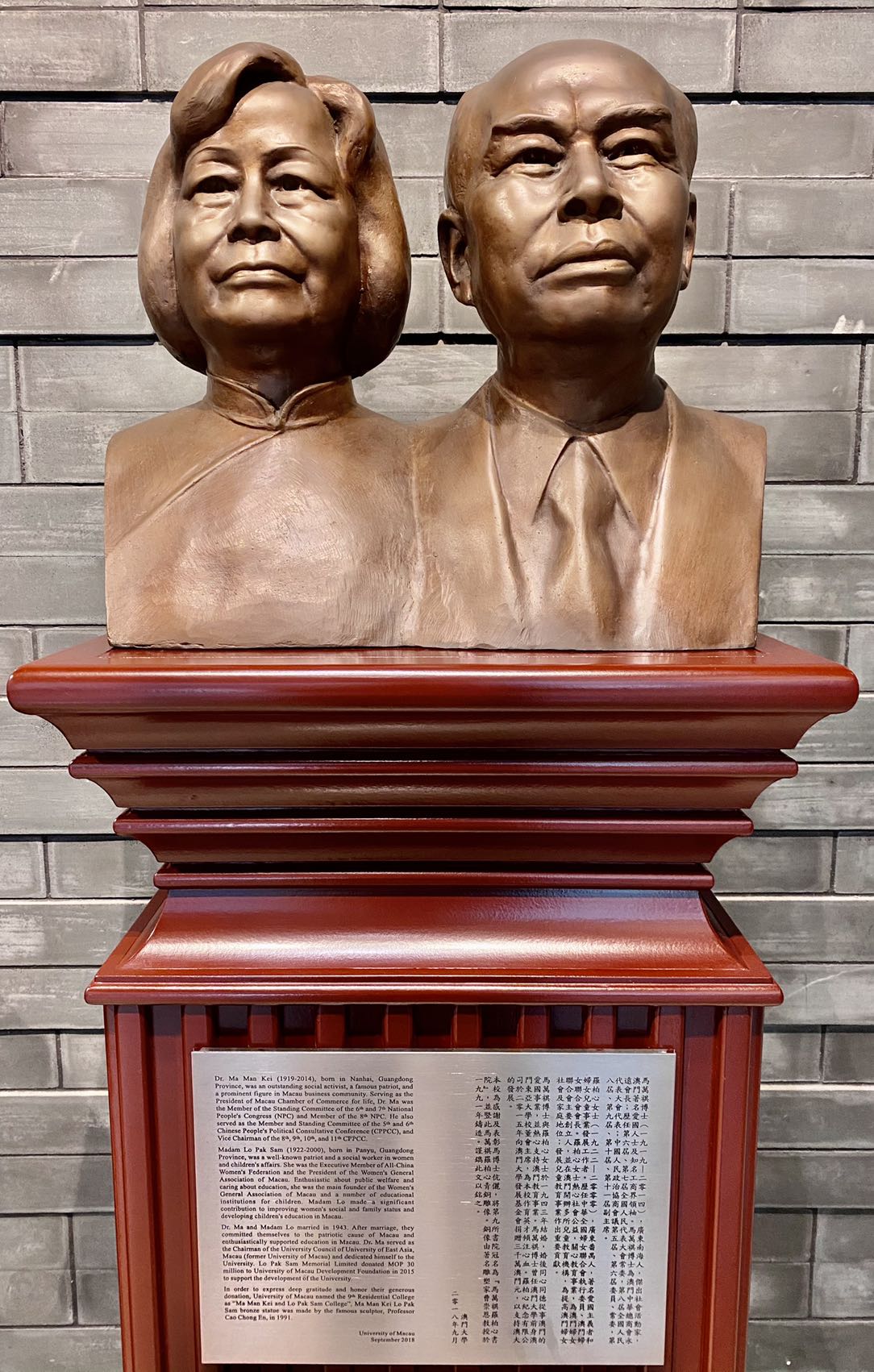