MLC visited the Commemorative Gallery of the Macao Basic Law

MLC visited the Commemorative Gallery of the Macao Basic Law

On 10 February 2021, 30 members of Ma Man Kei and Lo Pak Sam College (MLC), led by MLC’s Interim College Master and two Residential Fellows, visited the Commemorative Gallery of the Macao Basic Law. The Gallery preserves the historical traces of Macao’s political development since the arrival of the Portuguese merchants in 1553, and eventually the signing of the Joint Declaration by the Chinese and the Portuguese  governments on the Question of Macao in 1987, the formulation of Basic Law, and finally the Handover in 1999 and the establishment of Macao Special Administrative Region (SAR).

Alongside the visit to the Gallery, the planned visit to the Sculpture Park of the Chinese Ethnics and the Lotus Square, both outdoors, was cancelled due to heavy rain. Thus the 2-hour visit was shortened to 1 hour and 15 minutes. In the visit to the Gallery, students were divided into two groups, each led by volunteer guide of the Gallery. The core of this visit is to let students learn about the guiding principle of One Country, Two Systems, the efforts made by the Drafting and Consultative Committees in formulating the Macao Basic Law which safeguarded state sovereignty and territorial integrity.

What interests students most is the various designs of the draft of the regional emblem of the Macao SAR. Most agree that the design currently adopted which comprises of five stars, a lotus flower, bridge and sea, encircled by the words “Macao Special Administrative Region of the People’s Republic of China” is the best design.  The visit ended at 5:30pm with the majority of the student returning to UM campus by bus arranged by MLC. 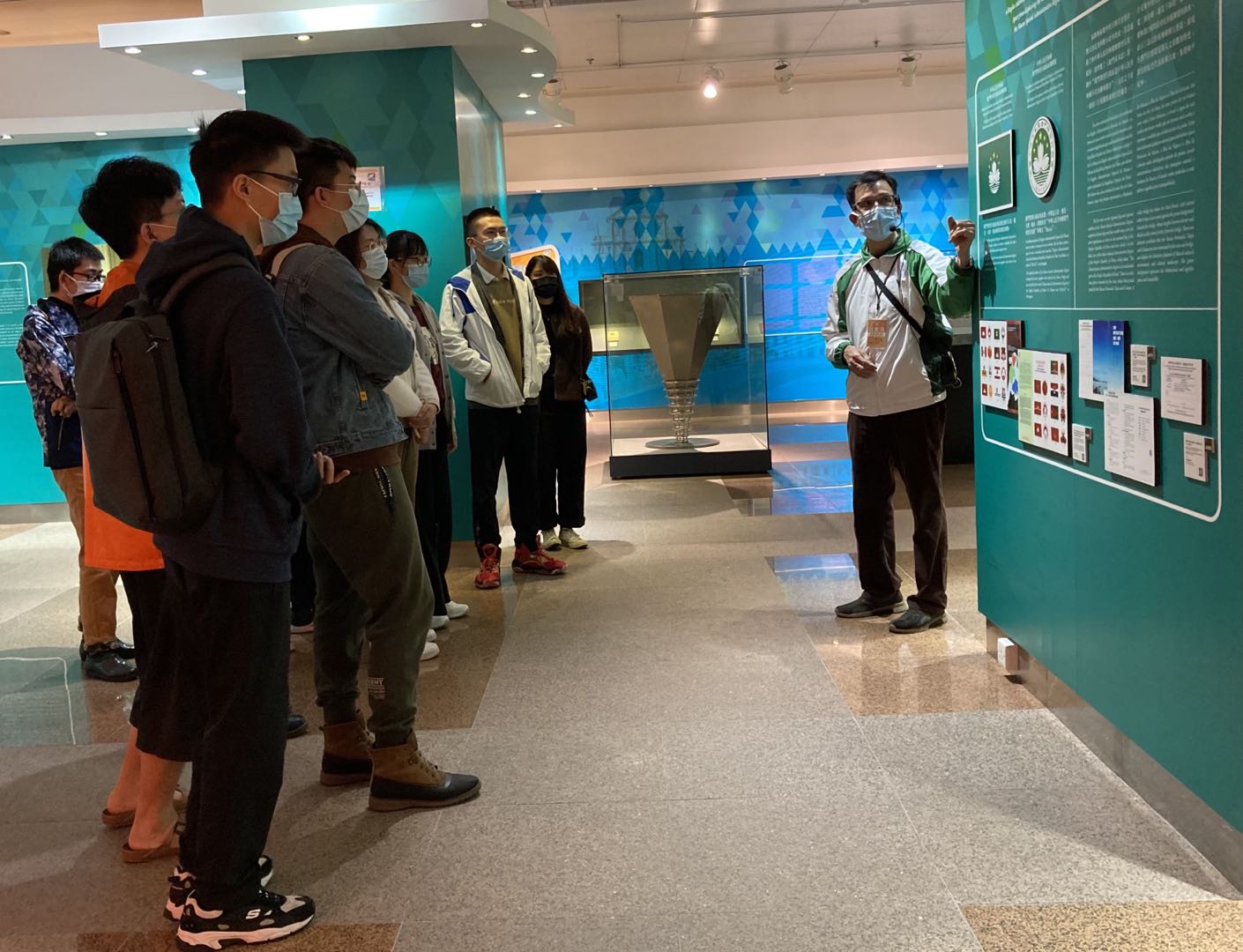 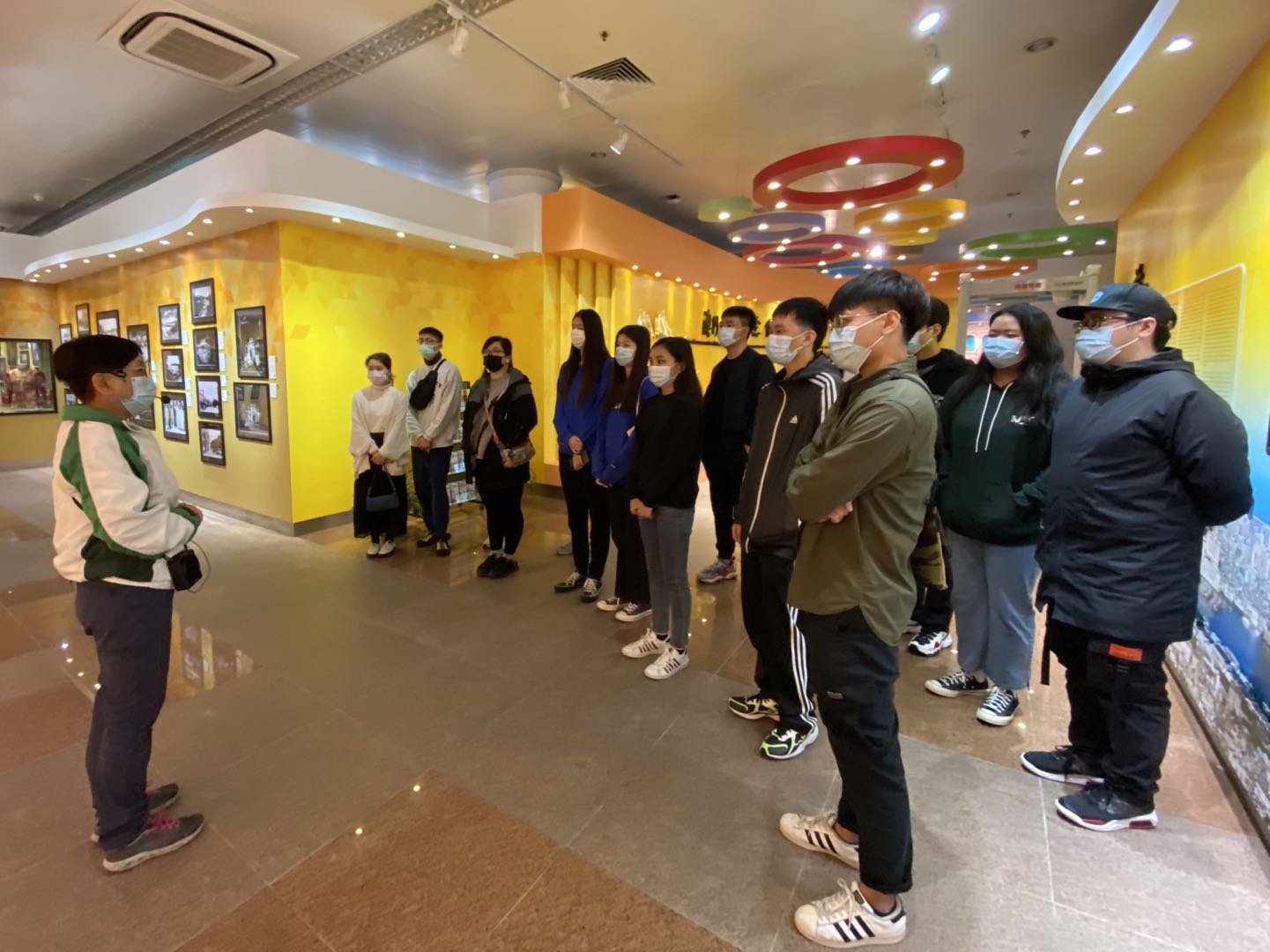 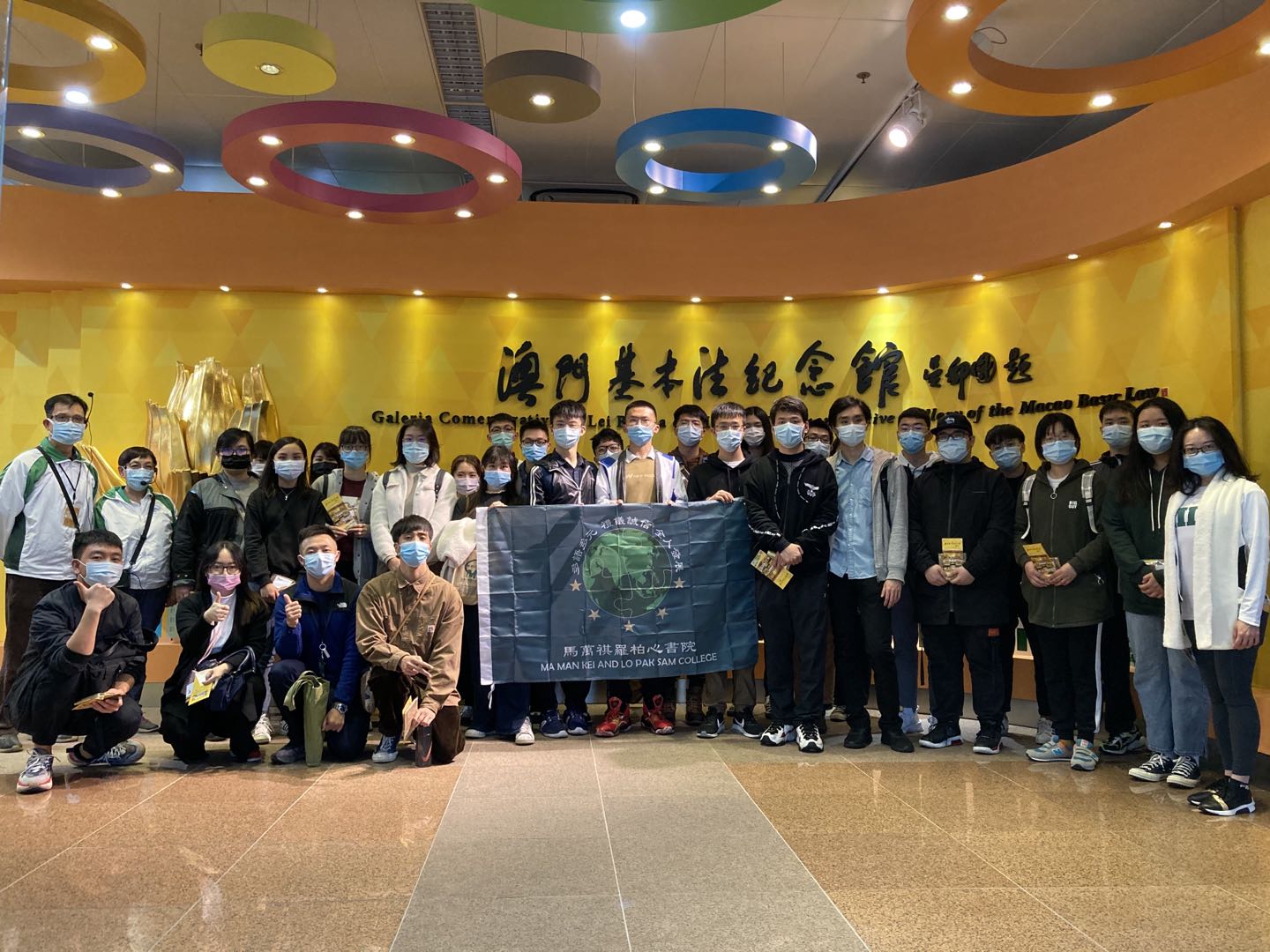